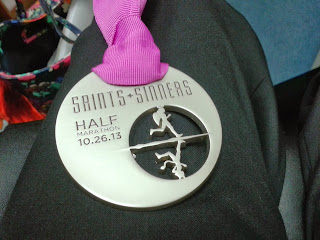 I had a really great race and I hope I remember to write down everything...

I slept pretty good the night before the race. The baby only woke up once to eat and then she went right back to sleep.  I got out of bed at 5:15am to make coffee and eat breakfast.

For breakfast I ate a peanut butter sandwich (peanut butter, white toast with a little bit of regular butter), and a banana. I also drank a cup of coffee. I was glad that I wasn't feeling super nervous. Sometimes if I am really nervous eating before a big race is difficult.

I left my house around 6:15am and I arrived at the race site at 7:00am. I'm glad parking was free and I'm glad I arrived early. I hung out in my car and listened to music on my phone.  I had about 1/2 of a Cliff mojo bar while I was waiting in the car.About twenty minutes before the start I went for a quick jog to the port-a-potties and then I headed to the start line.  The temperatures were nice and mild so I ditched my gloves and beanie hat at the last minute. 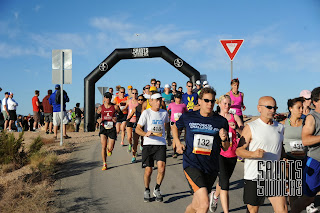 I lined up a few rows back from the front. My strategy was to hold back in the early miles and try to run a negative split race. The gun went off and we were treated to a screaming downhill. I felt like I was holding back but my Garmin was reading 7:00 pace.  I was supposed to hit 7:45 for the first mile....

I tried to slow down some and I also tried to not pay attention to all of the people that went flying by me in the early miles. I kept telling myself to not worry about everyone else.  The real race happens later.

The downhill continued and we were going over a long stretch of pavement that was concrete, more runners kept flying by.

I kind of gave up on reigning myself in.  I just tried to stay as "in-control" as possible while flying downhill. Two girls in tutu's passed me, and I got kinda irritated.


Mile 4-  7:17
We hit a stretch of uphill and I threw it into another gear and flew up the hilly climb. I passed a bunch of the runners that flew by me during the early miles.  I felt like a badass here.  I was also treated to some sweet views of Lake Mead 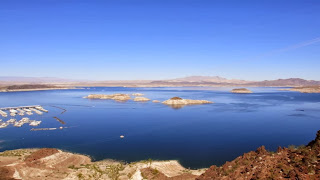 Mile 5- 7:06
After the hilly climb we went rocketing back down the hill. The runners had become more spread out, I kept looking for female runners to spot on and to try to reel them in. I had no idea what place I was overall.  I was able to pick off a few runners here. 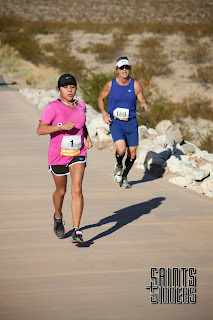 Mile 6-7:11
While passing an aid station I took in a cup of Gatorade. I began to worry because I didn't see any fruit or food on the course as promised on the website.  I didn't bring any gels with me because I didn't have any pockets and I didn't want to carry anything in my hands while running. 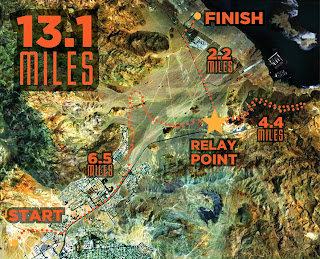 Mile 7- 7:35
My calves were starting to burn quite a bit, and I was grateful  to get off of the pavement onto some soft dirt trail. I felt like I was running strong.  I started to freak out a little bit when I saw my pace drop down to 7:50 per mile.  I told myself to just run by feel and to keep my composure. 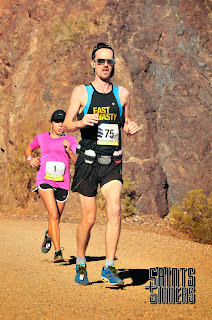 *****Miles 8-10***** These miles are a bit off because we had to run through 5 train tunnels and then there was a turn around point where we went through the 5 tunnels again.  My Garmin messured the half as only 12.87 miles but, I know my Garmin cut out a few times becuause my stats were really funky.

I stopped looking at my Garmin because I didn't want it to mess with my head.  I knew my pace was dropping but, I just tried to focus on catching runners ahead of me.  By this time the lead male runners were coming back from the turn around point.

I remember looking down at my watch and seeing it read 1:13:XX and I tried to do math in my head to figure out what my finish time would be.   I gave up and just tried to run by feel.  We passed the final aid station and I called out for fruit or gel.  There wasn't any fruit or gels but, I snagged a few gummy bears and a cup of Gatorade.

The course continued on a downhill and my legs are dead. Everything hurts!!

With a mile to go. I tried to run this as fast as possible.  I was so drained and I knew that I had depleted my glycogen stores.  I turned the final corner and I sprinted to the finish. I remember yelling out loud. I don't know if they were cries of pain or happiness or both. 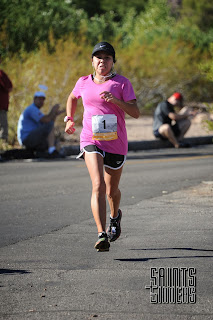 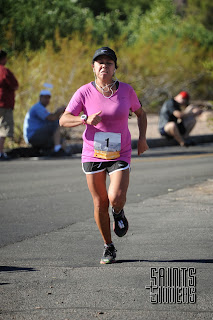 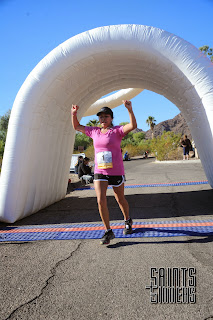 I'm really pleased with how I ran. If I could have done anything different, I would have carried a gel in my shorts or hat. I also wouldn't have charged up the hilly climb.  I think I wasted some energy there.  But, overall this was an A++ day for me.  I definitely want to do this race again next year.

Dolly
I am a wife, mother, and a runner.